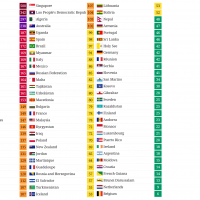 October 2019in How to Use the Survey Platform

Hi everyone, I am a newbie and I need your helps for a within-subject randomization. In my survey, I have 100 blocks (block 1 to block 100), each block has 2 version (version A and version

If I put all of 200 blocks under a Randomizer in Survey Flow, and randomly choose 50 out of 200, it will lead to 2 problems:

Could you advise me how to use Qualtrics features to overcome 2 problem, especially problem 2?

Thank you very much.
Tomas