Population and samples: the complete guide

9 min read
What are the differences between populations and samples? In this guide, we’ll discuss the two, as well as how to use them effectively in your research.

When we hear the term population, the first thing that comes to mind is a large group of people.

In market research, however, a population is an entire group that you want to draw conclusions about and possesses a standard parameter that is consistent throughout the group.

It’s important to note that a population doesn’t always refer to people, it can mean anything you want to study: objects, organisations, animals, chemicals and so on.

For example, all the countries in the world are an example of a population — or even the number of males in the UK. The size of the population can vary according to the target entities in question and the scope of the research.

When do you need to collect data from a population?

For larger and more diverse populations, on the other hand — e.g. a regional study on people living in Europe — while you would get findings representative of the entire population (as they’re all included in the study), it would take a considerable amount of time.

It’s in these instances that you use sampling. It allows you to make more precise inferences about the population as a whole, and streamline your research project. They’re typically used when population sizes are too large to include all possible members or inferences.

What is a sample?

In statistical methods, a sample consists of a smaller group of entities, which are taken from the entire population. This creates a subset group that is easier to manage and has the characteristics of the larger population.

This smaller subset is then surveyed to gain information and data. The sample should reflect the population as a whole, without any bias towards a specific attribute or characteristic. In this way, researchers can ensure their results are representative and statistically significant.

To remove unconscious selection bias, a researcher may choose to randomise the selection of the sample. 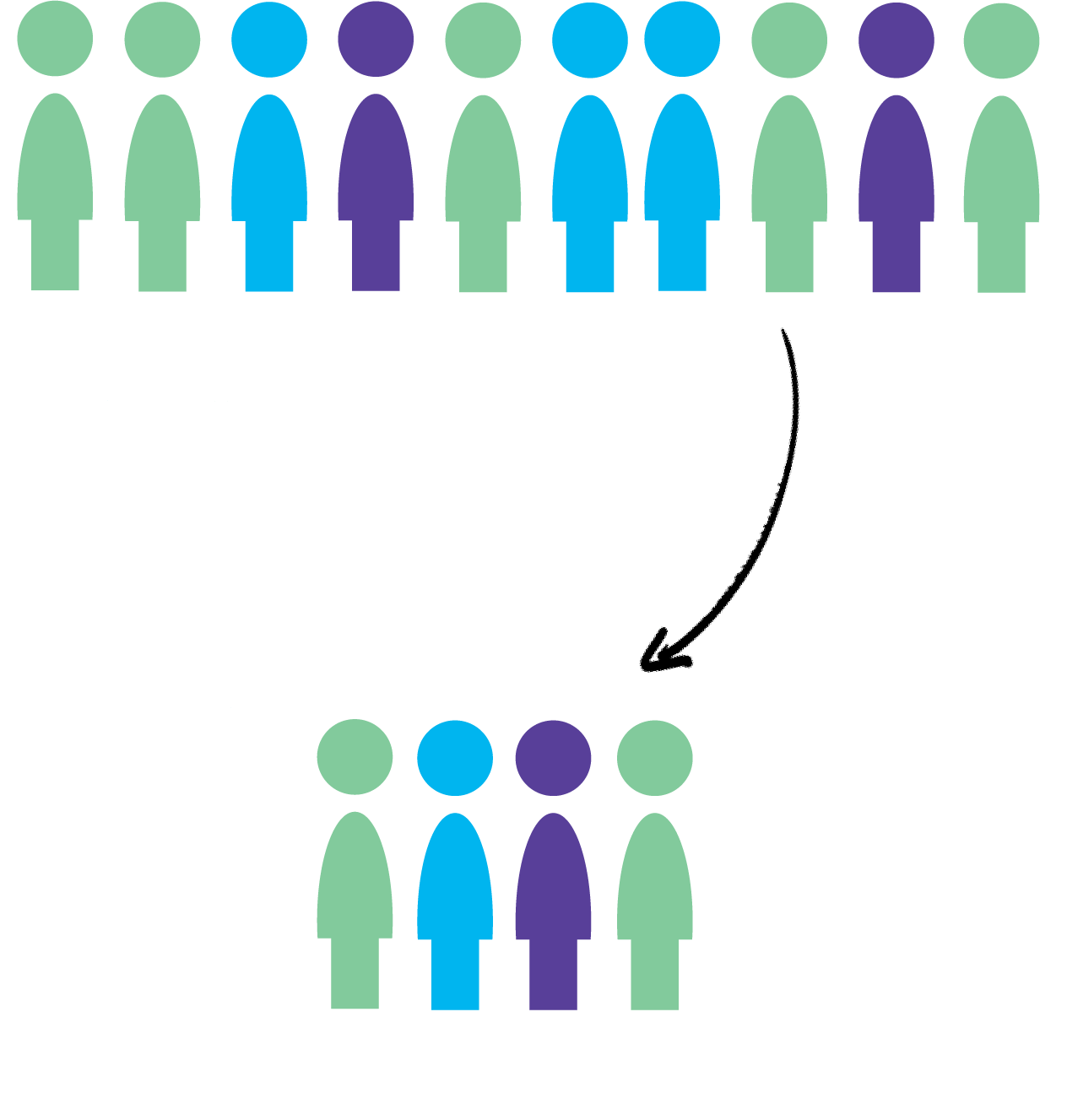 Worried about sample sizes? You can also use our sample size calculator to determine how many responses you need to be confident in your data. 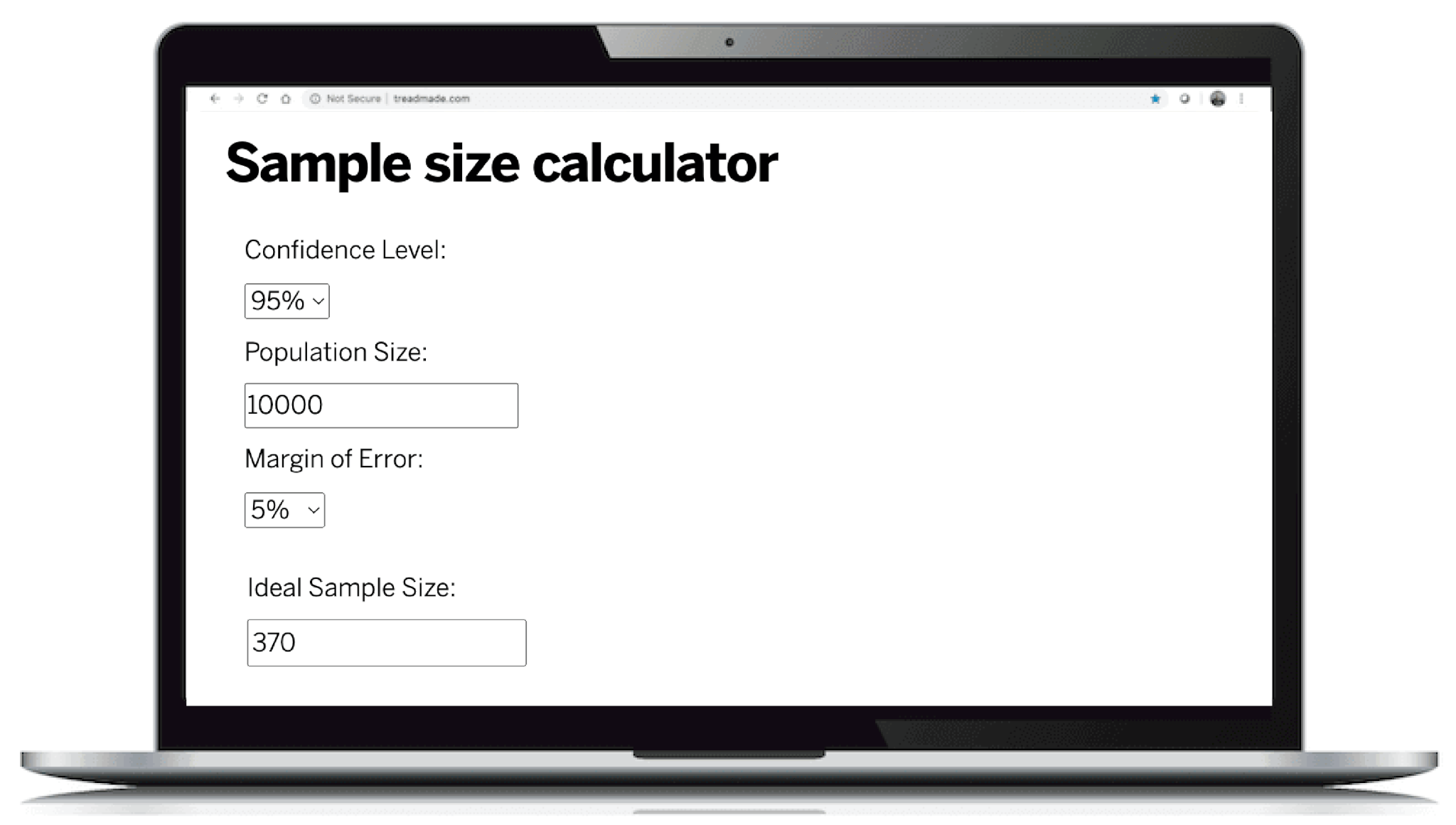 When to use sampling

As mentioned, sampling is useful for dealing with population data that is too large to process as a whole or is inaccessible. Sampling also helps to keep costs down and reduce time to insight.

How can you use sampling in business?

Depending on the nature of your study and the conclusions you wish to draw, you’ll have to select an appropriate sampling method as mentioned above. That said, here are a few examples of how you can use sampling techniques in business.

If you’re looking to create a new product line, you may want to do panel interviews or surveys with a representative sample for the new market. By showing your product or concept to a sample that represents your target audience (population), you ensure that the feedback you receive is more reflective of how that customer segment will feel.

If you wanted to understand the average employee performance for a specific group, you could use a random sample from a team or department (population). As every person in the department has a chance of being selected, you’ll have a truly random — yet representative sample. From the data collected, you can make inferences about the team/department’s average performance.

Let’s say you want to collect feedback from customers who are shopping or have just finished shopping at your store. To do this, you could use convenience sampling. It’s fast, affordable and done at a point of convenience. You can use this to get a quick gauge of how people feel about your store’s shopping experience — but it won’t represent the true views of all your customers.

Whatever the sample size of your target audience, there are several things to consider:

These questions can make the task of supporting internal teams and management difficult.

This is where the Qualtrics CoreXM technology solution can help you progress through research with ease.

Also, the Qualtrics online research panels and samples help you to: