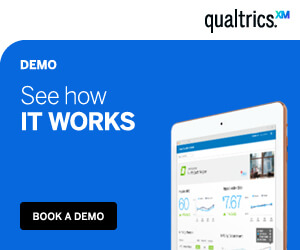 Advantages and disadvantages of 360 Feedback

According to Forbes, 85% of Fortune 500 companies use 360 Feedback - otherwise known as 360 Degree or Multi-Rater Feedback. These companies see it as a powerful tool for performance appraisal, often using it as part of their performance management system. Here are its advantages as a way of gathering feedback, as well as how you can mitigate against its disadvantages.

Advantage: It gives you a fuller picture of an employee’s performance

The biggest upside to 360 Feedback is that it gives you a broader idea of an employee’s strengths and weaknesses. As opposed to managerial reviews, this brings in feedback from many different angles, including peers and direct reports, and a self-assessment by the person being appraised. So if someone is great at managing their team, but less so at interacting with senior execs, this is proven out by the feedback they get from those groups.

At a higher level, you can use advanced AI to process large amounts of feedback and spot trends in a department or team. For example, does lack of communication come up in a lot of team members’ reviews of their manager; is there a lack of understanding between 2 departments that often work together?

If you’re asked to comment on someone you don’t really know, most people’s inclination is to be positive, but usually not very specific. This can skew your data and give you a misleading picture of someone’s performance.

If you only ask managers to review their team members, you’re left with enormous blind spots in terms of what that employee could improve upon. A manager gets one view of a team member – but they may be lagging behind when it comes to managing their team members, or interacting with peers. Using advanced AI technology, you can process a huge amount of company-wide feedback and get a detailed idea of strengths and weaknesses within certain teams.

Disadvantage: Too much managerial oversight can deter truthful feedback

If it’s known that managers know who said what, people can feel less confident in giving truthful feedback. And even if their name and role might be hidden, there might be other telltale signs as to who gave the feedback. Or, they’ll feel as though they’re harming a colleague by simply giving feedback at all.

Advantage: It allows people to know how they’re seen in the company

This is (usually) a good moment for most employees. In day-to-day work we don’t often share positive feedback with our colleagues or say why we value them – 360 Feedback is an opportunity for just that. It can give employees a real boost to see that their work has been recognised by peers, direct reports and managers, as they might have thought it wasn’t that noticeable.

Disadvantage: It can become focused on negative feedback

The flipside of people being too kind or generous is that some might take it as an opportunity to bear out grudges, or focus only on the negative. But it’s important to remember that 360 Feedback can show symptoms of a toxic company culture, rather than be the cause of it.

Advantage: It gives employees the opportunity they crave to give and receive feedback

In Qualtrics’ State of Play 2018 report into employee engagement, over half of respondents wanted to be surveyed at least once every 6 months. And 360 Feedback is one of the most comprehensive and rewarding ways of doing it – employees have a chance to express what they like and dislike about every group of colleagues they work with. And hear what they’re doing well and could improve upon.

One of the biggest stumbling blocks to a successful 360 Feedback program is senior managers giving half-hearted (or zero) support. If it’s led entirely by a single team or department, disconnected from the wider company and any rewards schemes, employees will quickly lose interest. 360 Feedback isn’t really 360 if it’s unevenly applied and disconnected from rewards schemes.

If you’d like to see how you can run 360 Feedback surveys on Qualtrics’ Experience Management PlatformTM, request a demo today.

Request a live Qualtrics demo
What is 360 Degree Feedback?
Who to involve in your 360 program?