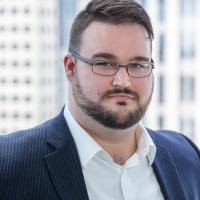 patrick_haley Charlotte, NCCommunity Member Qubie ✭
August 2018 edited August 2018 in How to Use the Survey Platform

August 2018in How to Use the Survey Platform

>> EDIT: this was likely user error on my part after all, force response appears to be requiring the participant to make changes in a test survey from @Anonymous24 and my own test survey.

In a recent survey, I noticed that when using the Rank Order: Drag and Drop question type that carried forward answers from a previous multiple choice question, that I had a few respondents that while they were marked as having fully completed the survey, there was no data in the Rank Order: Drag and Drop question I had included in the survey. There was no display logic or other filtering in the survey that would've prevented them from seeing the question - and in fact, when I looked at the survey response manually (Data & Analysis > Actions > View Response) instead of exporting the data to a file, I could see that their selections did in fact come through.

It appeared as though they were satisfied with the "rank" auto-populated by the order of their selections in the previous multiple choice question, and therefore did not change the order initially presented to them. I did make sure that "Force Response" was on for that question, but presumably, because there was technically a "response" from the auto-populated order, that didn't kick in to force them to make a change.

With all that said: is there anything I am missing or that I can do to ensure that a participant has to make changes to the order of their rankings so that data is captured properly? Or perhaps am I missing something with exporting the survey responses?