More than a year ago, we commandeered couches and erected office nooks in our bedrooms as we hunkered down to work from home for what (we assumed) would be a few months, at the most. Now, many of us are still conducting conferences from our kitchens and leading teams dressed in sweatpants.

But as vaccines roll out and COVID cases subside, companies across the globe are working to bring employees back to the office — at least part of the time. But it’s been awhile for a lot of people, and leaders will have to work hard to create an inclusive and comfortable workplace experience for all employees.

We now know many employees can work (and be productive) from anywhere, so as companies adapt to the changing workforce landscape, they’ll need to find compelling ways to make the office a destination space where workers want to come together to be inspired, connect, collaborate, and innovate in-person.

Qualtrics recently asked over 1,000 workers in the United States what they expect the workplace will be like, what will have changed, and what they’re looking for as they all come back into the office. Here’s what they said:

For most employees who worked from home during the pandemic, it’s likely their co-workers did, too. But as companies start welcoming employees back into the office, many on a hybrid basis, workers are presented with a conundrum. What are the consequences of working in or out of the office?

The majority of employees are comfortable with returning to the office and working in-person alongside their colleagues, but people want flexibility when it comes to facility options, with many being open to consolidated locations or satellite offices.

Employees, especially younger age groups, have spent much of the pandemic communicating through a screen. And many are preparing to meet co-workers for the first time in-person. 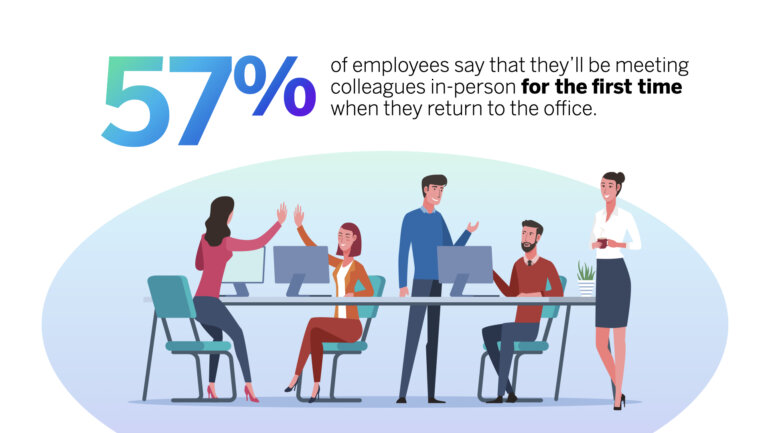 While nearly 60% of employees say they’ll be meeting colleagues in-person for the first time when they return to the office, that number varies by age.

Going back and meeting people in-person will also surface other challenges.

When the global pandemic sent everyone home, the only fashion that mattered was what people could see on the Zoom screen. Video filters became a substitute for makeup, slippers became the new dress shoe, and sweatpants became the slack of choice.

Now, after more than a year of working from home, employees will be looking to their leaders to set dress standards. But they’ll have a hard time saying goodbye to a few things. 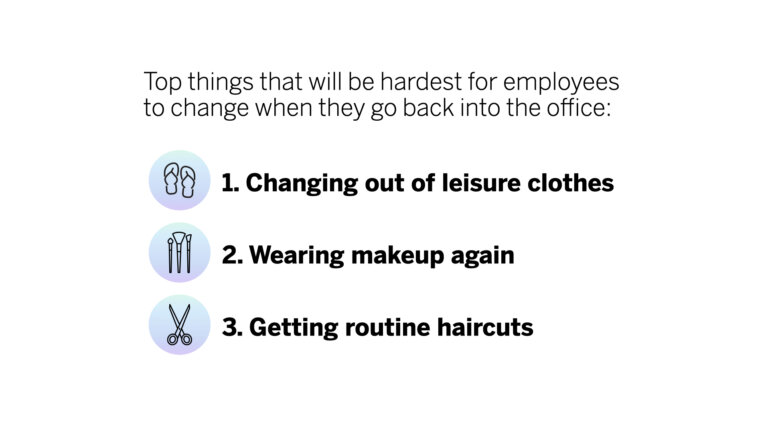 Though people still think you need to “dress for the job you want,” comfort will be the biggest trend in the future of work fashion.

Employees worked more hours than normal during the pandemic, will that change?

Working from home had its perks, but one in three employees say they worked longer hours because of the pandemic — particularly managers, other leaders, and parents.

As companies and organizations welcome employees back to work, it will be important for them to remember how long it’s been for so many. To create a safe and engaging physical and cultural workplace, leaders will need to listen to their employees, understand what they’re saying, then take action to create and design a destination workplace that inspires, motivates, and draws people back in.

The top employee experience trends in 2023

How Unilever is getting to the root cause of employee uncertainty

Why HR is critical in improving ESG performance