Our theme this month is Honoring Service. Throughout November, we will be featuring stories about different ways to serve.  There are countless ways to serve — your country, your community, your family. Today we are featuring Chris. 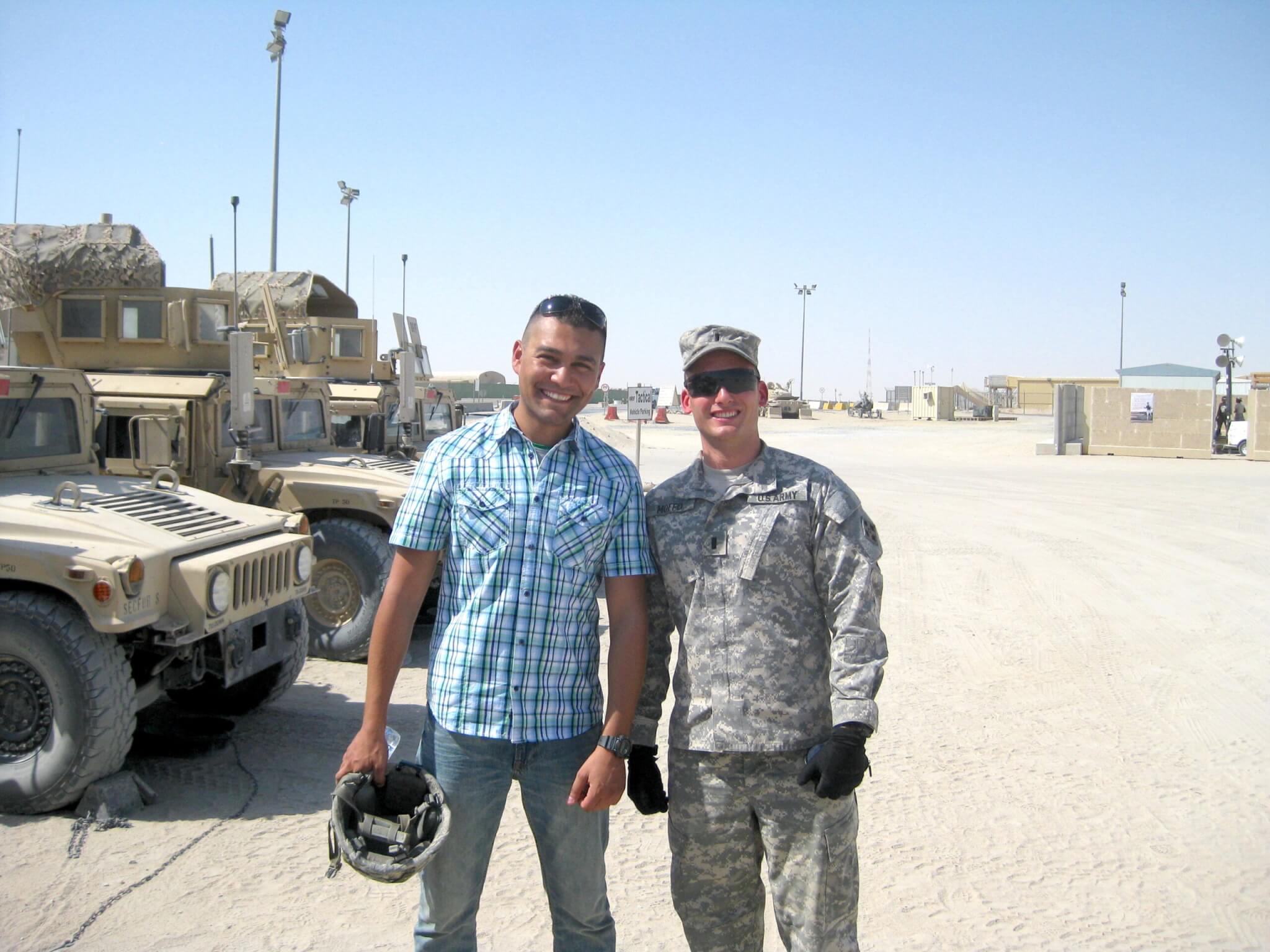 I joined the Army in 2011 through Indiana University’s Reserve Officer Training Corps (ROTC) program. My branch, or job classification, was Armor and I started my journey at Fort Benning, GA, where I attended the Armor Basic Officer Leadership Course as well as additional trainings such as the Army Reconnaissance Course. I was at Fort Benning for 9 months and then I moved to Fort Carson, CO where I joined my first unit, 7-10 CAV, 1 BCT, 4 ID.

Within the Armor branch, there are two paths you can take: tanks or scouts/reconnaissance. I was on the reconnaissance side when I joined my unit in Fort Carson. I had the opportunity to lead a platoon of 30 soldiers through dozens of training exercises, a pre-deployment exercise in California, and a 2014 deployment to Kuwait.

When I returned from Kuwait in 2014, our unit transitioned from 7-10 CAV to 2-1 CAV and with that transition, I took on a new role as a Troop Executive Officer. In that role, I was responsible for overseeing our maintenance, supply, and logistics programs. After being in that role for a few months, I took on the role of Troop Commander of the same organization I was the Executive Officer for. In that role, I was responsible for the training, readiness, and welfare of nearly 100 soldiers. It was definitely one of the most enjoyable experiences of my time in the Army.

After serving as the Troop Commander, I moved into a role in our organization’s Supply and Logistics office, where we worked to ensure items like food, ammo, medical, and maintenance support services were planned, coordinated, and executed for all training events.

I left the Army in 2015 and got my MBA from the University of Notre Dame. After Notre Dame, I worked at United Airlines in Chicago, which is where I was before coming to Qualtrics.

Joining the Army was something I always wanted to do, even from a young age. I think what really solidified my decision were the events on September 11th. My family was personally affected with the loss of our cousin, Durrell Pearsall, an FDNY firefighter with Rescue 4.

I loved my time in the Army. Sure, it had its ups and downs just like any other job, but I had the opportunity to work with, lead, and learn from a lot of great people and learned a lot from the leaders I had. I still keep in touch with many of my soldiers and leaders today.

Honoring Service: A Tribute to Veterans