When a great team meets a lousy market, market wins.

When a lousy team meets a great market, market wins.

When a great team meets a great market, something special happens.

Too Much of a Good Thing

A few years ago, as I was wrapping up some yard work on a sweltering summer afternoon, I glanced over to my sons Moksh and Naman — ages 7 and 5 — playing video games on the couch. Again. 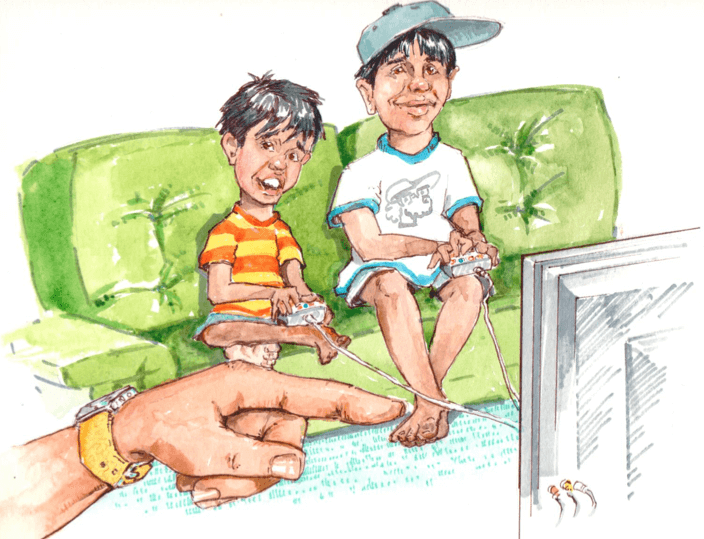 As a father does, I prodded them to get some fresh air. “Maybe sell lemonade on the corner, like the kids down the block!”

Surprisingly, this is exactly what they did. Their first makeshift enterprise was pretty good! “The string of holiday lights is a nice touch,” I commented. But they over-mixed the lemonade by adding way too much sugar. There was no ice, and the foldout table was rickety at best. As frequent spills sloshed and splashed on their clothes, my kids awaited what they hoped would be a barrage of eager customers.

As first businesses go, this was adorable in that way that makes all parents smile. And the boys were having fun, too. 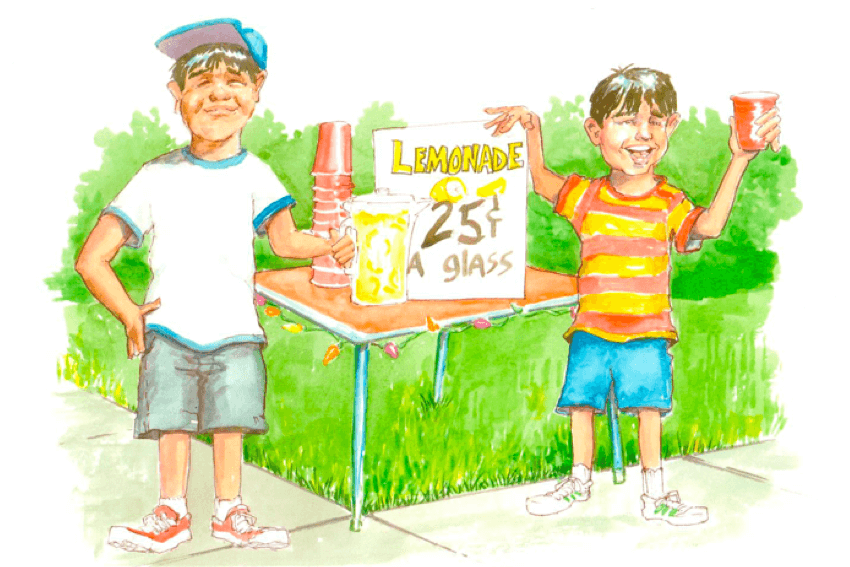 Then, I saw a learning opportunity — as much for myself as for them.

In my day job, I was working on the launch of the world’s leading Experience Management software, and I wanted to test a few features. So I asked Moksh and Naman to help me “dogfood” this new product*. Intrigued as much by the idea of “dogfooding” as anything else, they agreed.

*The term “dogfooding” is often attributed to Google’s early days and the phrase, “Eat your own dogfood.” The meaning is simple; try your own software internally first, and do your best to break it before a customer does. Such internal testing can reveal a lot of bugs and flaws in the UI and can help identify the desirability of a product.

The market guides every product along a fraught and fateful journey. A recent McKinsey study found that 25% of a company’s growth comes from introducing new products. However, up to 80% of new product launches fail. Though this number seems high, it doesn’t begin to account for a substantial number of new product concepts that never make it to the launch stage, despite the considerable investment, ramp-up time, and manpower costs required to design, develop, and prototype new concepts. Seemingly endless cycles can be wasted in the pursuit of dead ends.

Creating and launching any new product is risky business. But why is this? What makes some new products successful while so many others fail?

There are a variety of answers to this question. One key finding is that would-be entrepreneurs and well-established companies alike fail to do the requisite upfront work. Of those working to develop a new service or product, 80-90% do not do the proper market concept research needed to make key decisions based on facts. Instead, they often rely on potentially faulty assumptions. Even at that, 57% of companies that do run product concept tests fail to do them regularly.

For Moksh and Naman, it didn’t take long to learn their lemonade was too zesty and warm. Anecdotally, it was clear that neighborly politeness alone was moving cups of lemonade off their table. Repeat business was unlikely. The old sales axiom had come into play: You can sell anything once; repeat business requires a solid product.

Plus, there was a more sophisticated lemonade stand — with more natural traffic whisking by — doing a brisk business down the street. The competition was crushing.

According to McKinsey, 50% of initial product launches fail to hit their targets. An HBR review states that products often fail because businesses neglect the necessary product concept testing required to refine their product concept.

To learn more, Qualtrics queried 250 verified product management, marketing, and research decision-makers to learn about the role PX plays in successful product launches. This US-based study substantiated that the number one way to help a product launch successfully is to do the necessary product concept testing. But ironically, only 53% of companies sufficiently fund product concept research.

Failure to conduct and follow the results of concept research has led to some notorious product launches that we’ll explain below.

Moksh and Naman needed to find that elusive competitive edge. I suggested
(literally) dumping the lemonade altogether and trying a totally new, unexpected product. “If everyone is selling lemonade, try selling something else,” I coached.

“But how do we know what people like?” the boys blurted back. They were right. And there was no limit to existing lemonade alternatives. Many competitors had sprung up over the past two summers: local gas stations selling frozen drinks, specialty soda shops, and a cascade of fast food chains. Each was making a summertime killing with real storefronts and heavy traffic at their drive-up windows.

Luckily their Mum, Madhavi, had an idea. “Let’s try Indian summer drinks.” Certainly no one in our small Utah town was selling these drinks from half a world away. 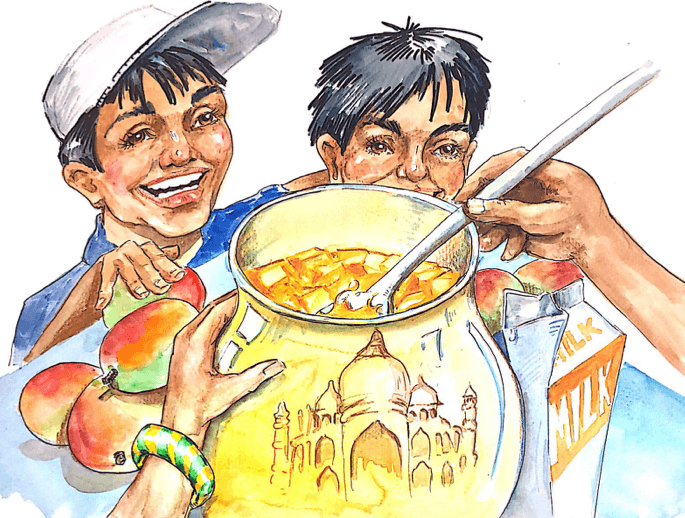 The first questions were obvious: Would Indian flavors satisfy a North American palate? Would the neighborhood get hooked on a completely foreign drink, thus generating repeat business? Can Indian drinks, like sweet, iced, or coconut-mango lassi*, compete against the ole fashioned lemonade being sold down the block at the Rutters’ house? Lemonade, after all, was as steeped in the American tradition as pizza and s’mores!

The good news is that there’s a simple way to find out.

McKinsey & Company, management consultants to many of the world’s most influential institutions, has shown that “Multidimensional Creators” will research a potential market before diving into “new products, services, or business models,” and will end up performing better than their expected averages. “The strongest growers were Multidimensional Creators, 43% of whom grew faster than the market.” Additionally, when new products fail, it is often because discovering the needs and preferences of the customer was not an integral part of the development process. Having coached some of the most recognized brands in the world in the use of product lifecycle strategy, I had a ring-side view of the impact that effective product concept testing can have.

“Well, if you build research software, then use it!” Madhavi said, hands on her waist.

With a single glance from Madhavi, the pressure shifted from my boys directly to me. This was the biggest “put your money where your mouth is” challenge of my career. By comparison, talking with a Fortune 500 CEO was easy. My wife’s challenge was simply this — “Is everything you have been working on for the past five years going to work for those who matter most, Moksh and Naman?” Ouch!

And then she added, “And don’t confuse the kids!”

I quickly retreated to safe ground. I asked my wife to put her touted family iced mango lassi recipe on hold for a bit so I could figure out what the market was indicating. This delay was met with an understandable sigh by Madhavi and the boys. Many of my clients, primarily Fortune 1000 brands, sigh as well when I explain how our concept testing works best.

*Lassi: Popular drink that blends yogurt, spices, and often mango, although it can contain other fruit flavors.

Many blockbuster products came into being after a team took time to research the market and understand customer pain points. 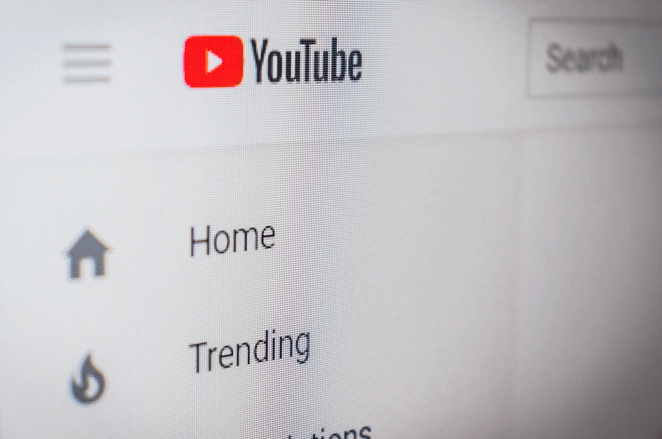 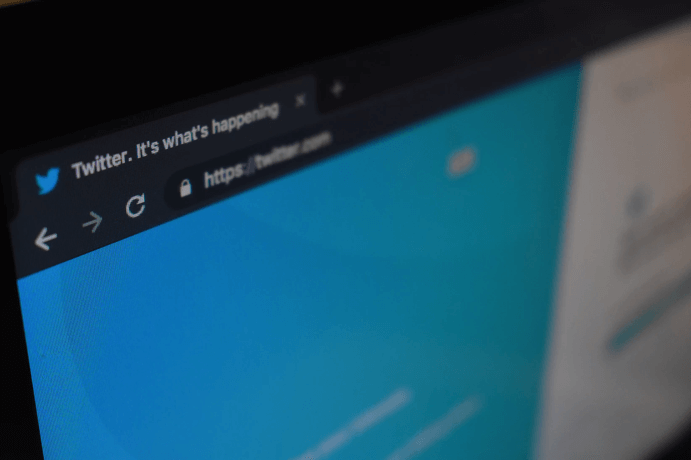 Be True To Your Hypothesis

Andy Rachleff, the founder of Wealthfront and a professor at the Stanford Graduate School of Business, famously said, “Between a great product and a bad market, the market wins.” I translate that to mean, “We need to understand what the market wants (or will accept) well before we decide what products or related features to build.”

A working hypothesis can start us toward the answers we need. We can compare the hypothesis against the actual voice of the customer to help us prove and disprove a range of new product ideas. Writing random questions without a guiding hypothesis can make data collection confusing and more time-consuming; ergo, more expensive and less conclusive.

Fortunately, there are inexpensive ways to get a directional sense for your hypothesis before you launch your full research study. There are many free tools like Google Trends and Bing’s Keywords Research Tool, which won’t necessarily tell you exactly what’s on your customers’ minds, but will provide a good sense for the importance of consumer topics, how they can change over time, and which related terms appear in abundance with those terms most relevant to your product.

For example, if you enter the word “lemonade” into Google Trends, you will immediately find a wealth of information to inform your hypothesis. For example:

Looking at the number of times people search “Lemonade” on Google, you will learn immediately that this is a seasonal business.

It appears that lemonade’s appeal varies considerably by state, too. For example, it seems that people in the hotter Western states searched for lemonade more often than in the cooler ones. As it happens, Utah is a hot desert state in summer. A lemonade stand in Utah can be a winner, especially when compared to cooler Western states such as nearby Montana or Wyoming.

For some reason, “Canada Dry Ginger Ale” and “Lemonade” were searched together with some frequency. This suggests that combining lemonade with a soda drink (e.g., Canadian ginger ale) seems to go over nicely. (Either that, or a lot of expatriate Canadians are conducting a disproportionate share of the searches.) 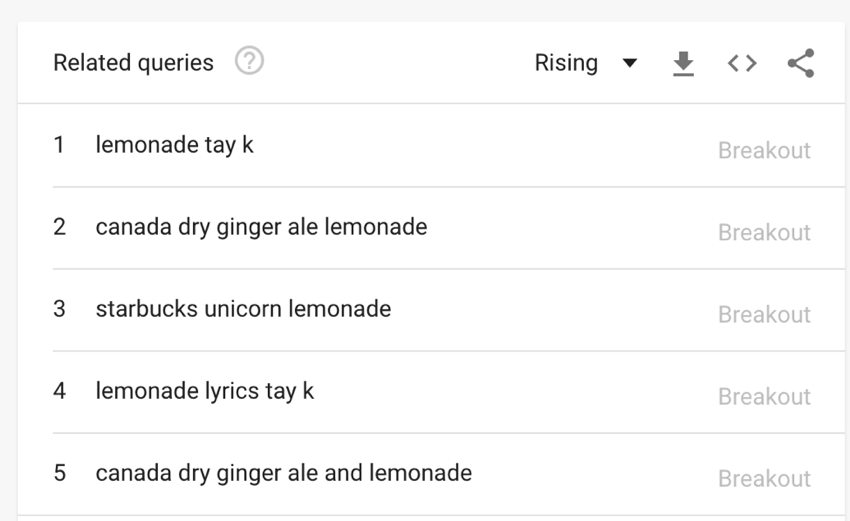 If you dig in deeper, here is what the market for selling a drink different from traditional lemonade may look like:

Armed with carefully formulated hypotheses and insights into our market, our little team was ready to start building our lemonade study. 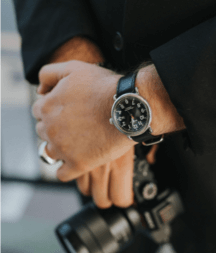