In this post, we are focusing on allyship, which is an active role taken on by a person from a privileged group who works with people from marginalized communities towards equality. This post features three people with different perspectives of what allyship means to them. Aisling opens with a piece of LGBTQIA+ history that brings her pride, Rachel shares what she’s learned about allyship and how she’s raising her children to be allies, and Tatiana talks about what it means to be loved, accepted, and respected by the people we love.

A story that I always think about is the Lesbian community’s response to AIDS and HIV in the ‘80s and ‘90s. There is an underlying sense or rumor that queer women and men don't get on, but when the AIDS and HIV crisis was happening queer women came out in force to donate blood and visit and provide care to those who were sick. Queer men were unable to donate blood in order to stop the spread, so in 1983 the San Diego Blood Sisters group was created. They organized blood drives to make sure there was always enough blood to match demand. The blood that was donated was specifically for those suffering from AIDS and HIV. During the first blood drive, the organizers expected about 50 people to show up, but over 200 women showed up and queued to give their blood to the cause. The blood drives ran through the ’80s and into the ’90s when the first treatments for HIV started to become available. As a queer woman, this makes me extremely proud, as it is a reminder that we are all one community and will do whatever we can to help one another. 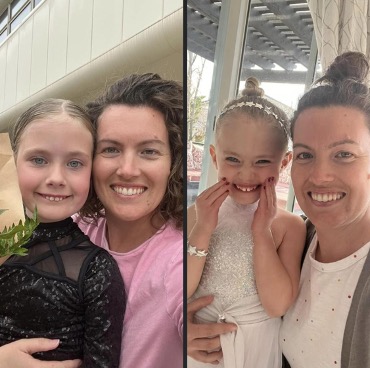 I started writing my response multiple times because I could not settle on the most important thing that I have learned about allyship to the LGBTQIA+ community. If you are new to that, let me pass along the most impactful recommendation I got from a friend early on – diversify your environment (books, music, podcasts, movies/tv, social media, food, etc). Seek out creators who have different identities in both educational/non-fiction and fictional content. If I came across something I was unfamiliar with, I researched it more. I have found that once I know what to look for, I see it everywhere, giving me ample opportunity to unlearn, change, try, fail, and try again to become the person I want to be. Ally is not an item I can check off a list – I either am or am not with every action I take (or don’t take).

As I became a parent, especially raising kids in a homogenous and culturally conservative area, I realized that I could not rely on their natural environment to teach them to be inclusive active allies – I need to intentionally develop that within them. I have a lot of friends who fear that talking about different gender identities or sexual orientations will be confusing to their kids, but I have actually found it to be the complete opposite. Those things are only confusing once you have had decades of the binary being ingrained in you. We watched a TV show (She-Ra) with our 5-year-old that has a character that uses they/them pronouns. She asked why, and we explained non-binary and gender-fluid identities to her (which we were prepared to do because we had educated ourselves). Later, we went camping and she asked where the “they/them bathroom” was – simple as that. It is just another option in her mind, just as valid as all the others.

So again, seek to create a diverse environment and be prepared to answer questions. I recently listened to this podcast where a non-binary individual explained we are frequently encouraged to gain empathy (the ability to understand and share the feelings of another), and that once we have empathy then we can have compassion – and how that actually does not work in many cases. I will personally never be able to really understand what it is like to be non-binary (or any of the other identities in the LGBTQIA+ spectrum). The privileges I have for being heterosexual will make empathizing with their experiences quite difficult. If my compassion is contingent on my understanding, then I will never get there, and compassion is what has motivated my actions (not just my intentions) to work on allyship. So my final call to action is to move away from compassion contingent on understanding. Yes, listen and learn about LGBTQIA+ experiences, but in order to gain a broader vision of humanity, and fuel compassion from there. 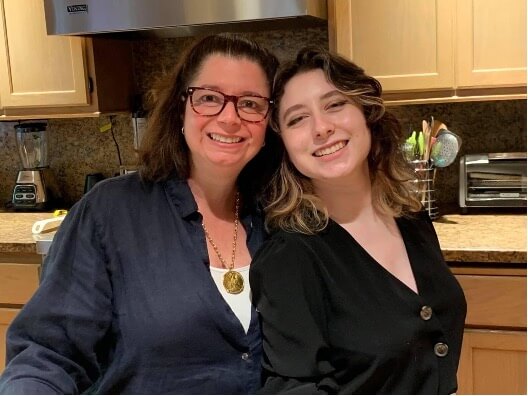 Something my mother said that really resonated with me during one of our many long conversations about my community is "I don't understand, but I accept and I respect you." This struck me as one of the more touching things she had said to me regarding my identity. It was after I heard her say this, that I realized how much that meant to me. For many of us in the LGBTQIA+ community, our desires are less so for everyone to be incredibly educated on our issues or for people to understand every little nuance and complexity that exists in these niche circles, but for us to be accepted and respected. We are, at the end of the day, people. Human beings. We want to live our lives with the knowledge that the people around us respect us, even if they might not fully understand. The effort is enough. The hardest part of being a part of any marginalized community is the fear of being "othered" for things that you can not control. Just being afforded respect can help us feel more human.

Qualtrics Pride focuses on making Qualtrics a welcoming place to work, where members of the LGBTQ+ feel safe and included. We aim to accomplish this by giving training sessions to employees, and hosting inclusive events across all of our offices.