I'm the 2nd of four daughters to my awesome parents. Being a role model to my sisters and making my parents proud has always spurred me to strive for success. Qualtrics provides a challenging, fun environment to be my true self - barefoot and blue-haired - while seeing financial success. 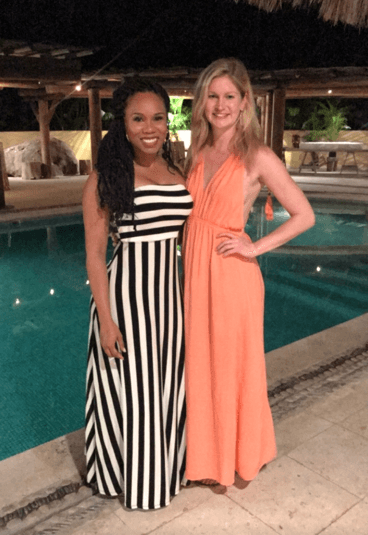 How willing everyone on the sales team is to step in and help close deals. Especially when starting out, sales reps in Provo would jump on my calls, let me sit in on theirs and coach on how I could get good at selling. These reps weren't being compensated or asking for a split on these deals, they were just helping out of pure kindness.

I was initially attracted to Qualtrics by the cereal. Seriously, I saw the cereal bar in one of the recruiting videos sent to me thought it was worth an interview. I loved how chill the culture looked in the video and Ryan Smith's backwards cap made the company seem even more intriguing. 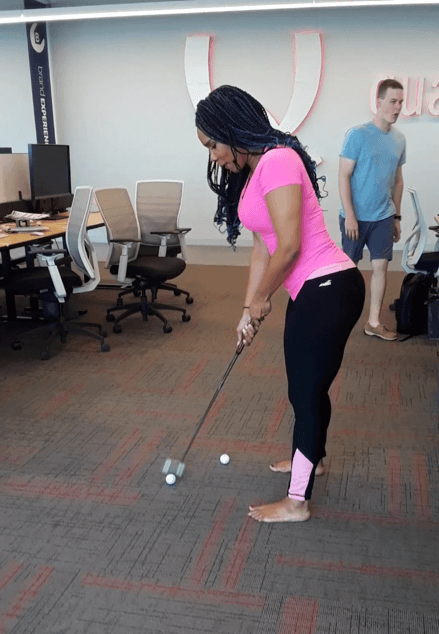 I joined Qualtrics at the very beginning of the Qualtrics Dallas office, before there was a real office. When I arrived at the address given me to interview, I was met with a blank piece of computer paper that read "Qualtrics" taped on an otherwise unremarkable door. The door led down a hallway of abandoned-looking empty offices, some with no carpet or doors.

Chris Adams joked that half of the interview was finding the location. I met with the Dallas leadership team while seated on a folding chair in a large closet with no actual doorknob.

As my interviews with leadership and seasoned reps continued, I became enthralled with the family-centered culture, the commitment to self-improvement, and the scrappiness exhibited by the office. Taylor Safford's love for his team was so evident in our 1-hour meeting. The icing on the cake was when I found out the company gives employees the week between Christmas and New Year's off. Even the sales team. I knew had to be a part of the Qualtrics story.

Our Dallas office has come a long way since Dannyele joined us! She was employee number 15 out of a now 85 person office--and we’re still growing! The Dallas location started with the intention of being a sales-only office with growth goals to get to 50 people. Because of the success of the team, the vision has grown and we now have multiple functions ranging from Customer Success, Sales Engineering, Recruiting, Research Services, and more to come. Check out what it looks like now and the opportunities that might be there for you!

Following in His Brother’s Footsteps: Robert on His Sales Development Representative Start with Qualtrics

Ali, Principal Research Manager, says “you can have it all” in life and career!

Brittany, Account Executive: “I get to work alongside my best friends.” Do you?

Mara, Sales Development Representative, Speaks About Growth and Opportunities in Her Role