Our #QualtricsLife blog is hosting a new series of ‘Why’ Qualtrics. Check out our first experience highlight and stay tuned to hear stories from other employees and be sure to catch Nicole when she comes back from maternity leave.

I wanted to share this story because as I was going through the interview process, accepting the offer, and starting the job with brand new colleagues I was on the hunt for information of other women who had been in a similar situation. Luckily, I had a great resource in a former boss with a ton of insight, but I was still desperate for information. Shoutout to my super supportive husband who was a great sounding board and never once told me I was crazy or trying to do too much.

As an interviewee, Qualtrics impressed me. They have a bootstrapped beginning and have some of the most well-known and successful venture companies backing them. They are also are a unicorn company with solid and unique technology and services, have philanthropic efforts that are aimed at fighting cancer, everyone you talk to will be some of the smartest and nicest people you have interacted with and, not to be forgotten, have a well thought out compensation and benefits structure. However, after being here a few months (and quickly approaching my due date), I can confirm that they are an even more stellar company from the inside!

I think until you are the employee or employer going through the situation in which I found myself, it is easy to think you would know how to handle it. But, real-world situations with real-time decisions can be difficult in the moment. Below are the areas where I believe Qualtrics has shined in making me feel supported. I hope it helps someone in a similar situation to me and/or an employer who is dealing with a new or tenured employee needing to take maternity leave.

Asking How Long I Needed To Take

First, I really struggled with when to tell those I had been interviewing with and my future boss I was pregnant. During the interview process? After I got an offer? After I started? I didn’t want to start off on a bad foot or make anyone feel misled, but I also knew that bias around pregnant women in the workplace can be a real thing (though illegal). Note: I never felt discriminated against or that there was bias towards me but it is important to think through scenarios and what is best for you and your family beforehand. I ended up waiting until after I got the offer and everything turned out well.

Qualtrics acted fast and set up a meeting with me and the benefits person that day so that I could chat through the maternity plan and details prior to me making a final decision on the offer. Additionally, after saying “Congratulations!”, they asked me how long I was thinking of taking for their own planning and capacity purposes. They didn’t ask it in a way that made me feel guilty for beginning a job only to have to pause a few months in but rather for actual planning purposes.

I think there is a difference in having a generic maternity policy because you have to and having one that is custom to the company and puts that company’s employees at the forefront. Overall, I could tell that someone put thought behind the Qualtrics policy, and the various options included emphasized flexibility and success before, during and returning from maternity leave. Stay tuned to hear how it goes!

"Due to Your Awesome Situation..."

Regardless of what anyone says, pregnancy still has such a stigma around it when it comes to women in the workplace. After I told my boss (who is male) I was pregnant he could have reacted in so many ways. But the reaction was that of shock (obviously), genuine excitement, and then action.

To give context into his attitude: I am a remote employee. The policy at Qualtrics is that remote employees come into the office about once a quarter. I started in Q2 and because I wouldn’t be able to travel in Q3 due to - ya know, being about to give birth - he said verbatim “due to your awesome situation” why don’t you come back to headquarters at the end of Q2. The fact that it wasn’t just “your situation” made me feel celebrated instead of being a burden.

I put a ton of pressure on myself coming into the job (and still do). I constantly feel the need to prove my worth since 1) What I produce is directly tied to revenue of the company and 2) I will be taking a leave of absence 3 months into my ramp time. Additionally, my personality type is one that thrives on responsibility. And to be honest, I would feel the same way even If I wasn’t pregnant.

However, I can honestly say I have never felt that I was given any less of an opportunity than my two teammates that started the same day as me. And if someone did look at my awesome situation in a negative or judgmental way, they did a good job of lying to my face :) 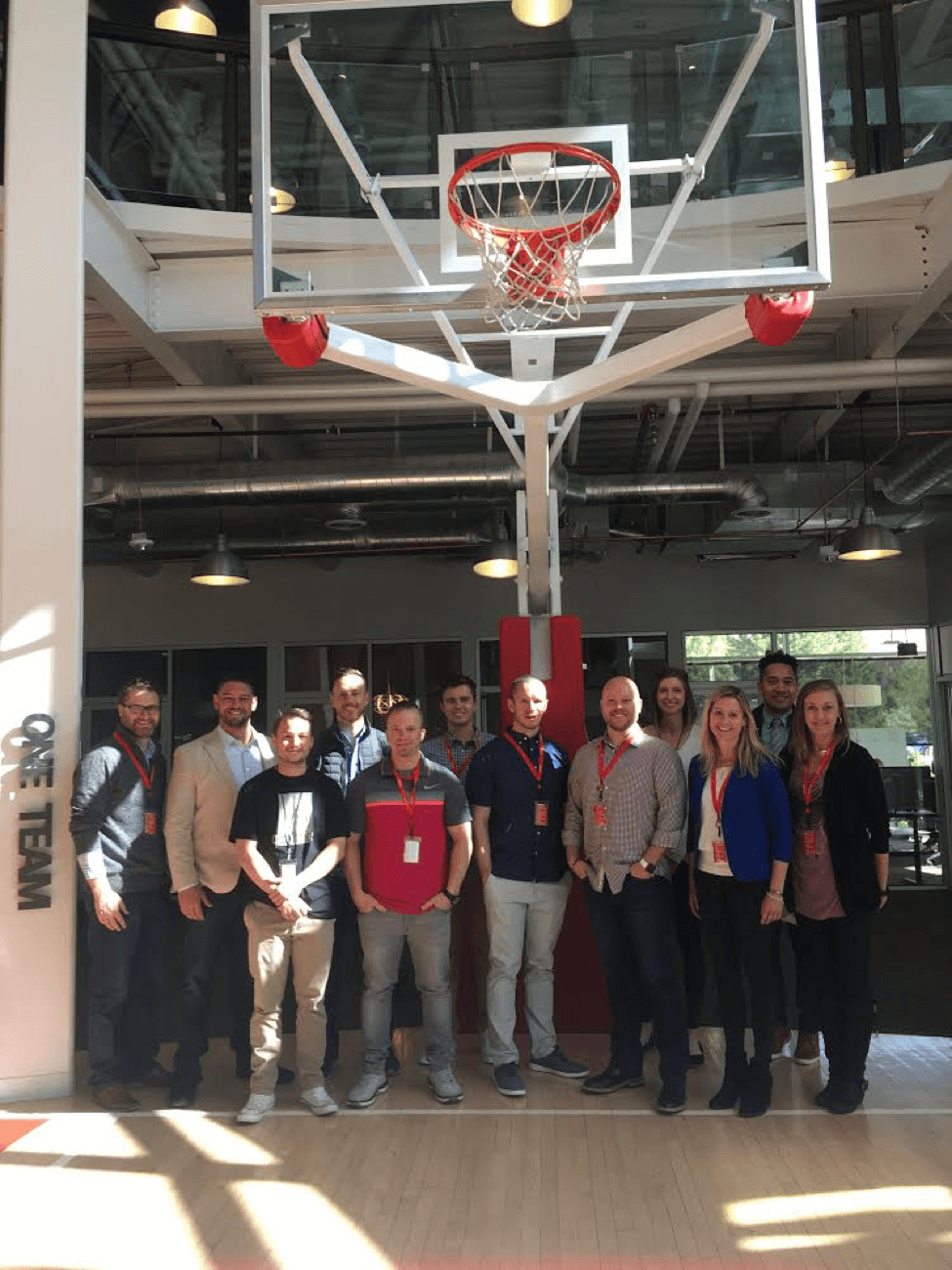 It is one thing to have support from Benefits/HR, your manager and coworkers, but to have support from all angles of the company is rare. The leaders at Qualtrics make it a priority to talk about women in the workplace and even have an entire Women in Leadership Development (WLD) initiative and Working Moms group that comes with a newsletter and all.

My first week on the job, one of the leaders learned (randomly) that I was pregnant during our team off-site. He was so happy for me and instantly started talking to me about how he was about to have twins. There were probably more important things for my boss to talk to him about than the fact that I was pregnant but it made me feel good that he was just now learning of it. Reinforcing that my pregnancy was not a burden.

It is Not Convenient for Anyone But It is a Once or Twice (Sometimes Three, Four of Five) In a Lifetime Thing

For me, the hardest part about starting a new job in sales six months pregnant is that I didn’t have the reputation behind me that I had at previously companies where my coworkers and manager knew my personality and work ethic. In previous roles, they could count on me to get tasks done before I’d leave and knew I wouldn’t leave anything a mess for someone else to take care of while I was gone. I’d like to think my personality traits shined through in the interview process and that is why I got the job, but you truly are starting over from scratch.

The biggest takeaway for me is that maternity leave is not convenient for anyone - employer or employee. I am so looking forward to meeting our little boy but it is not like I am taking a sabbatical vacation around the world for 3 months. I believe the greatest thing a company can do for coworkers and employers is to put any pregnancy into perspective (man or woman). As this is something that rarely happens in someone’s life and should be celebrated instead of being turned into a nuisance. Then, showing support through tangible actions seals the deal and creates loyal employees across the company and beyond just me.

Stay tuned for how things go when I come back from maternity leave! No pressure #Qualtrics :)

Working for impact: Ethan, IT Analyst

Experience at the center of everything: Rumi, Senior Customer Success Consultant