Stats iQ allows users to apply weights so that if certain types of survey respondents are under or overrepresented, Stats iQ can be told that one row of data should count for more or less than a single response. To enable weights, your data must have a variable  that contains the desired weights. This variable can be added by using the Create Variable option in the lower-left corner. 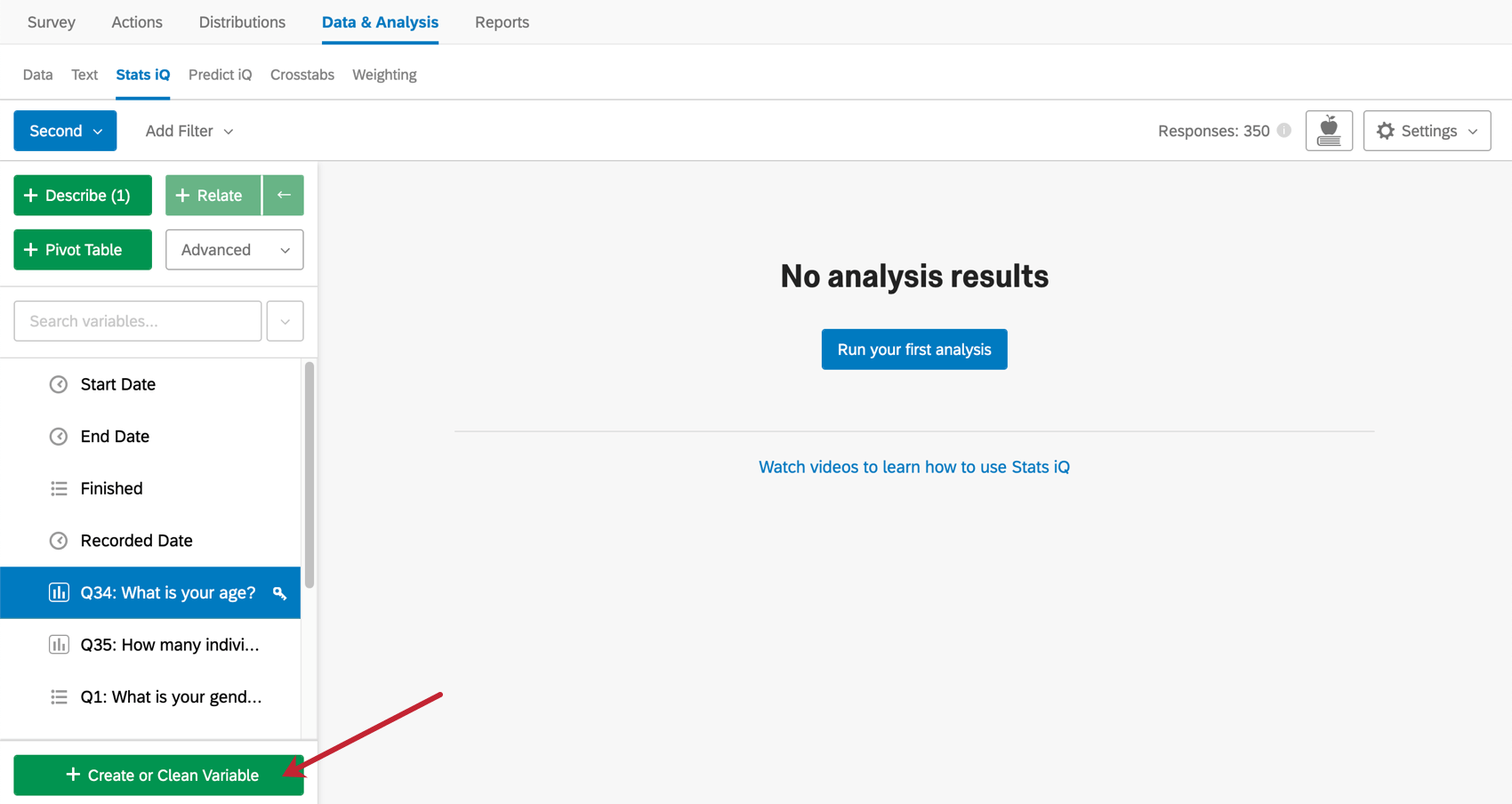 Qtip: You can also create a variable that contains your desired weights by exporting your data, adding the column, and reimporting (see the Import Responses page), however, we recommend using the Create Variable option when possible.

Qtip: This advice is most helpful for users working out of imported data projects or those without access to the Weighting section of Data & Analysis. If you have a Weighting section, we advise using this functionality instead.

Any numerical variable from the data set can be used as a weight, but in many cases, the necessary weights needed cannot be determined until after the data is collected. In this case a weighting variable must be manually created. The most common method for creating a weighted variable is to use the Logic option in the Create Variable menu (for more information on creating variables in Stats iQ, see the page on Variable Creation).

Under Logic, specify the numerical weight and the condition under which the weighting should apply. For example, if you had more responses to a hotel satisfaction survey from families with children than families without children, but you know the true split should be 50/50, a weight could be applied to the data to adjust the percentage of “Children Present” responses down and the percentage of “Adults Only” responses up. 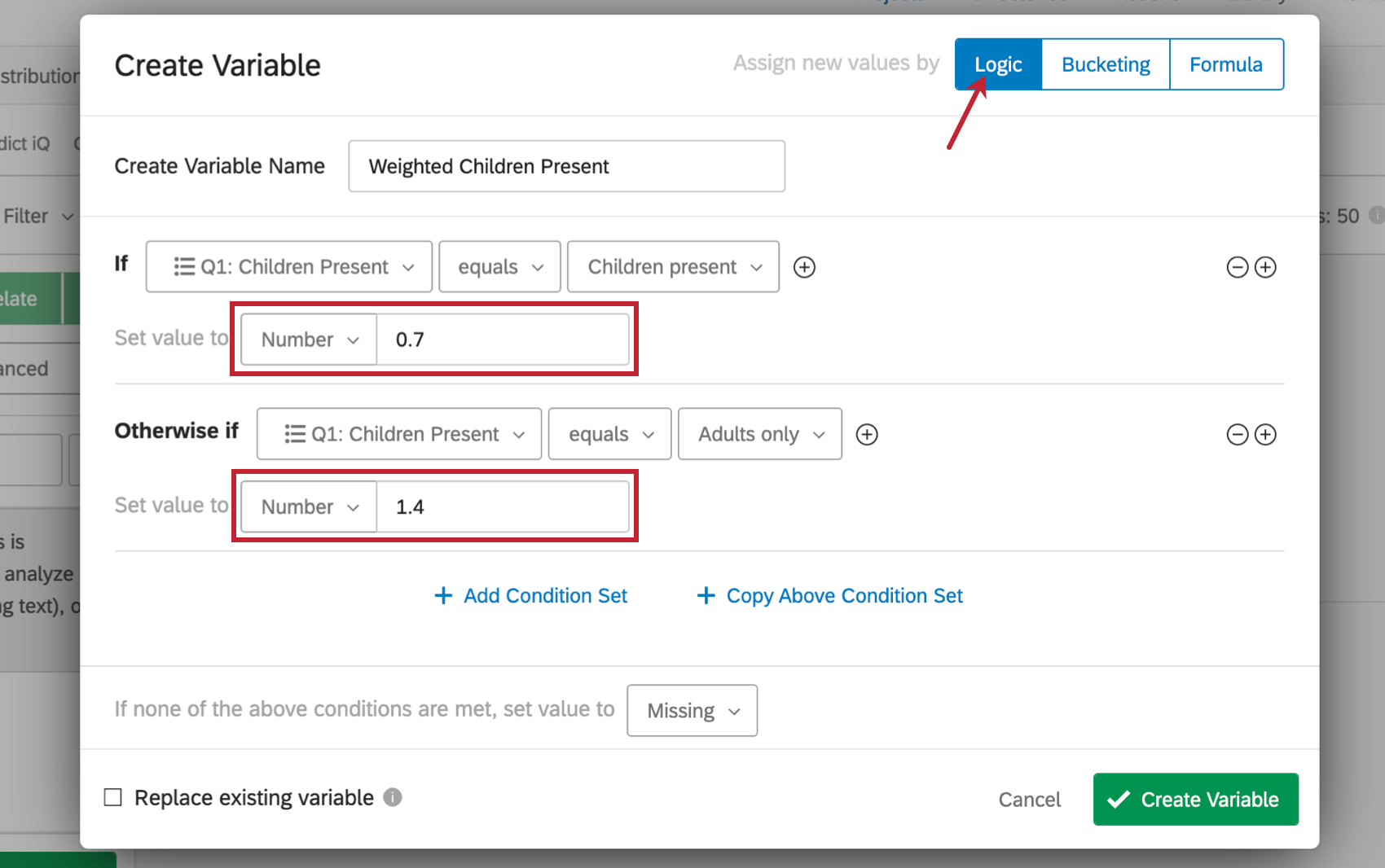 Apply a Weighting Variable to the Data Set 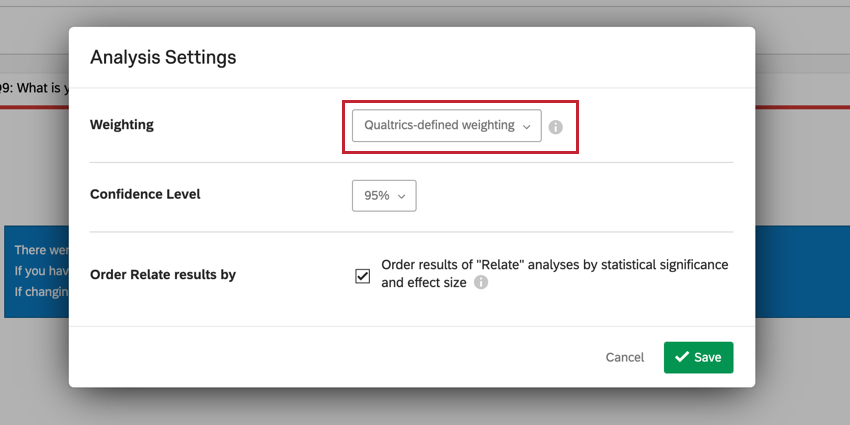 Qtip: “Qualtrics-defined weighting” is any weighting set up in the Weighting section of the Data & Analysis Tab.

By default, weights will apply to all cards that are created after the weighting variable is selected in Analysis Settings. If you would like to remove the weighting from a specific card, click the “x” to the right of the applied weights. 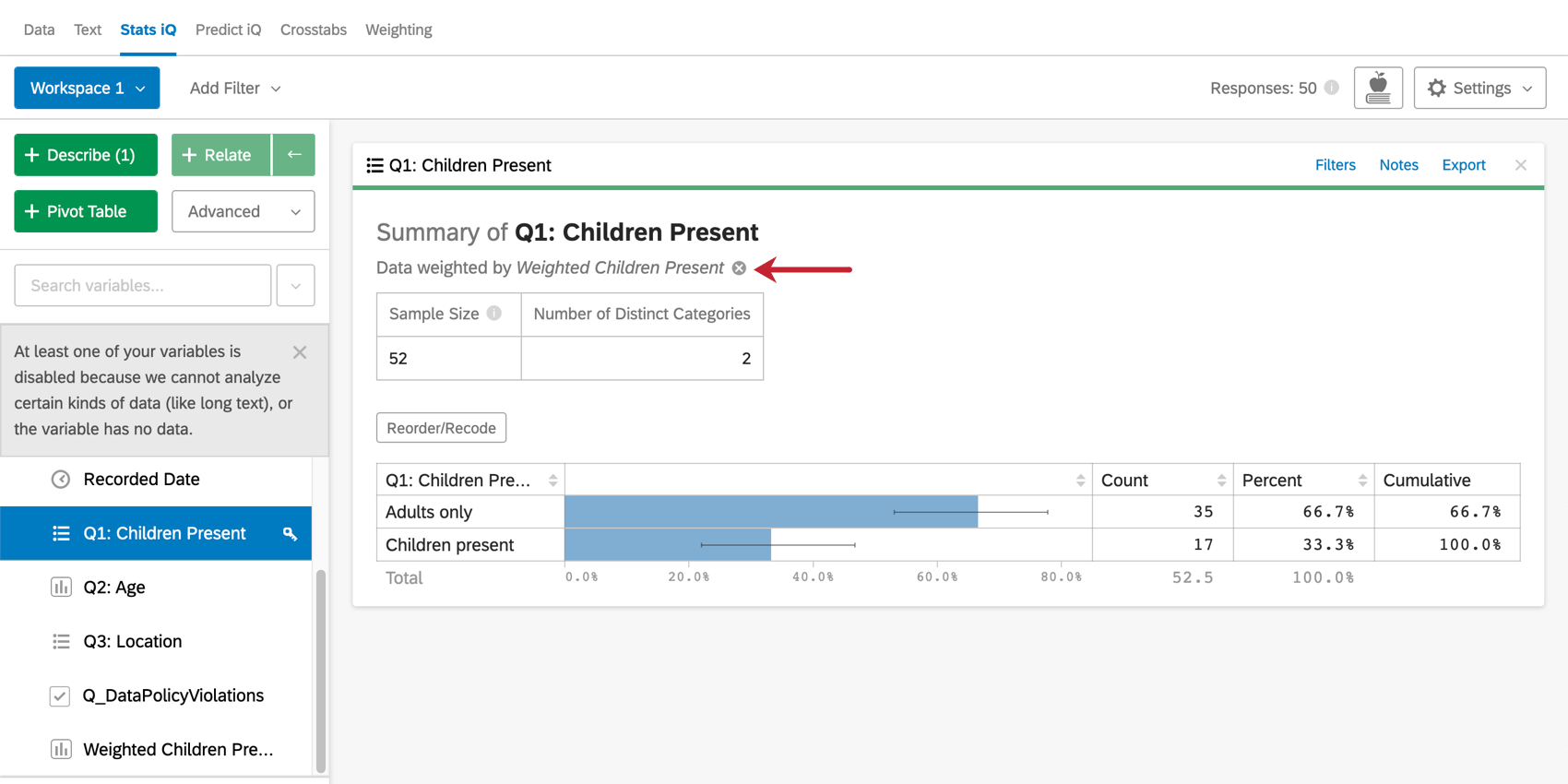 Details on How to Calculate Weights

In the Weighting section of Data & Analysis, weights are calculated automatically after the desired percentages of respondents are specified. In Stats iQ, weights must be determined manually before a weighting variable can be created. This allows for many more options in terms of how variables are applied, but requires an understanding of how to calculate weights. In this section we will go over a brief example of how to calculate weights in a standard situation.

The values of the weighting variable would be 0.83 and 1.25 for respondents with and without children, respectively.