Have you ever wanted to see how your open-ended responses correlate with more quantitative data? For example, are customers who address “ease of use” in their feedback also more likely to mention your mobile app? If customers tend to have a higher sentiment when they mention your support team, are they also more likely to give higher NPS ratings for your entire company? To answer these questions and more, Text iQ variables, such as topics and sentiments, can be analyzed with Stats iQ.

Stats iQ is compatible with the following Text iQ variables: 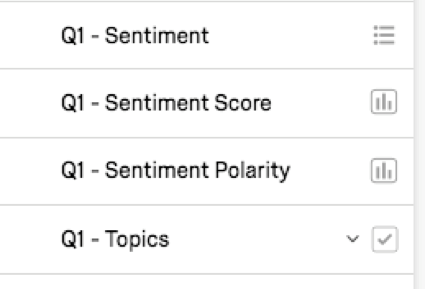 Before you can bring these variables over into Stats iQ, they must exist! Make sure you open Text iQ and analyze your responses.

Once you’ve conducted your text analysis and made sure all new responses are loaded in Stats iQ, you can analyze your Text iQ variables just like all your other variables. Whether you choose to describe your text variables, relate them to other variables, perform regressions, or build pivot tables or clusters, text variables are as flexible as any other data point in your workspace. 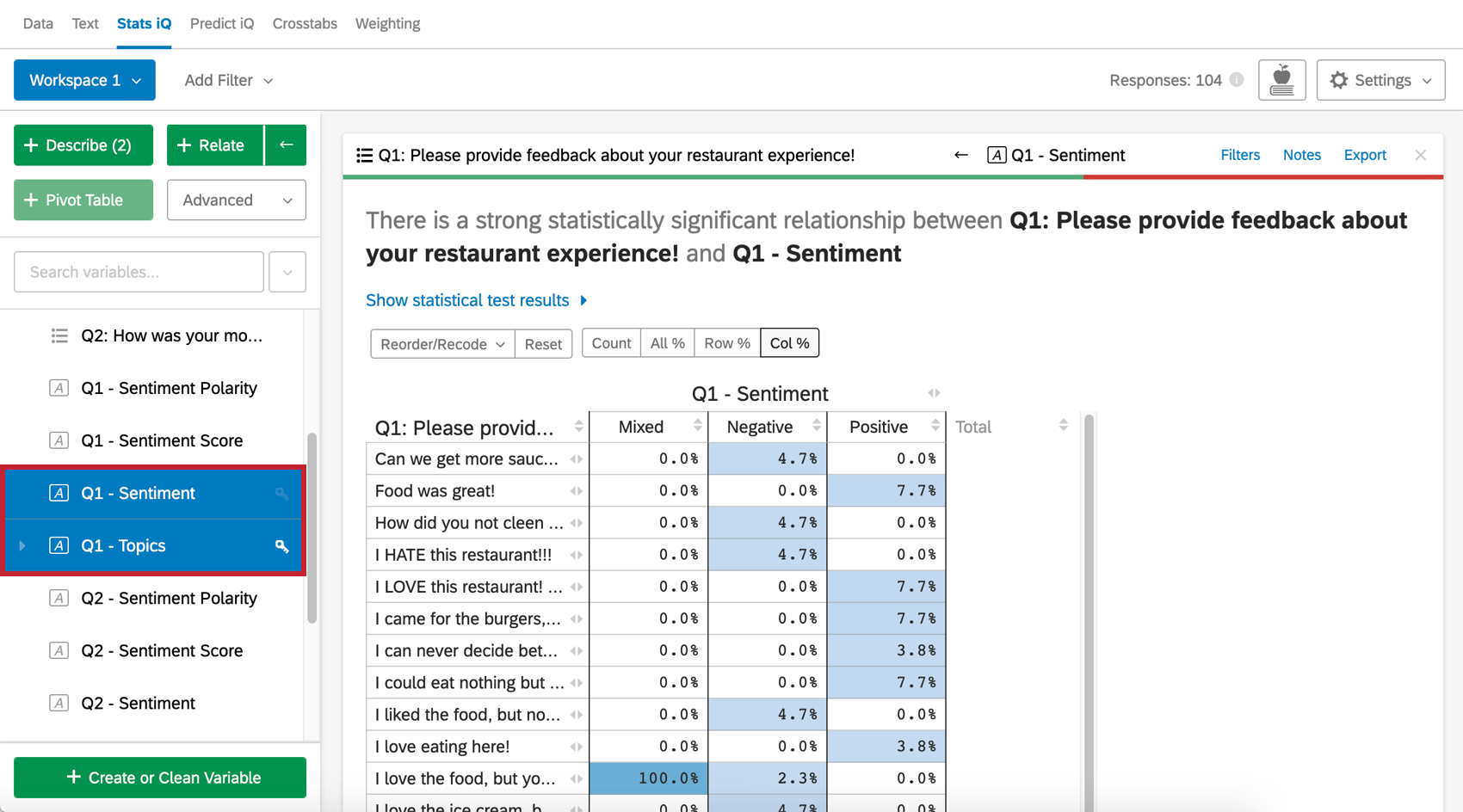