Reference surveys are an advanced feature that allow users to save surveys in their library, and then reference them inside other surveys. Publishing is a feature that allows you to control what respondents see in the non-library surveys your reference survey is attached to, and when they see it. Publishing allows you to make many edits over a longer period of time and then push them all live at once, rather than each change going live the minute it’s made.

Qtip: Publishing affects what new respondents see. Respondents who started the survey before you made edits will not see the published changes.

To edit a reference block or survey, click the gear next to it and select Edit Survey.

Once you’ve made your edits, there are 4 components in the library editor that relate to publishing:

Qtip: The ability to publish a reference survey or block will not be available until it has been used in at least one survey. It doesn’t matter if the survey the reference material has been added to has been published itself yet.

When previewing a reference survey, you have access to both the published and draft versions of the survey.

Click Preview to open a preview of your survey. In the dropdown, you will see that you are currently viewing the Draft (most recent, unpublished edit) of your survey. You can select View published version to switch to what respondents currently see instead. 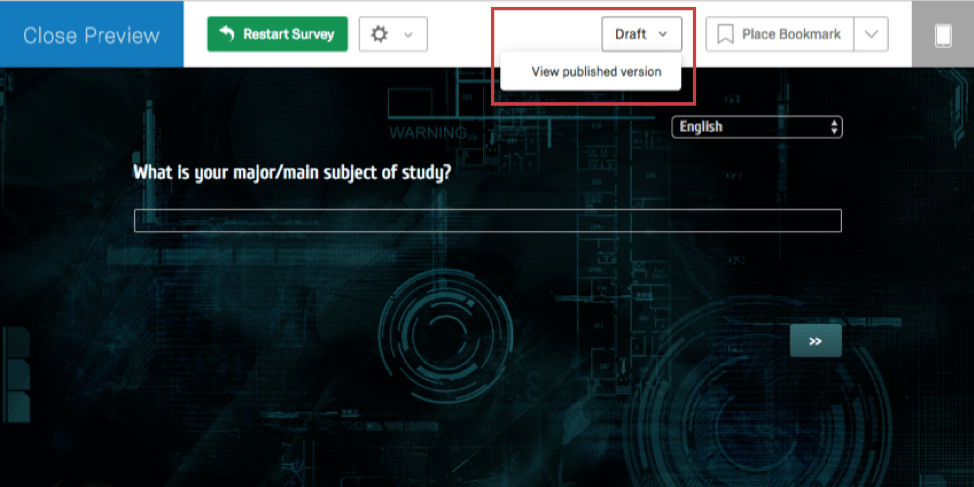