After you set up your actions, you’ll probably want to check on their status! With tickets you can go to the follow-up page, but is there a better way to see all the actions triggered by your survey?

In the actions tab, the Reporting section provides information on the actions you set up in the Editor section. 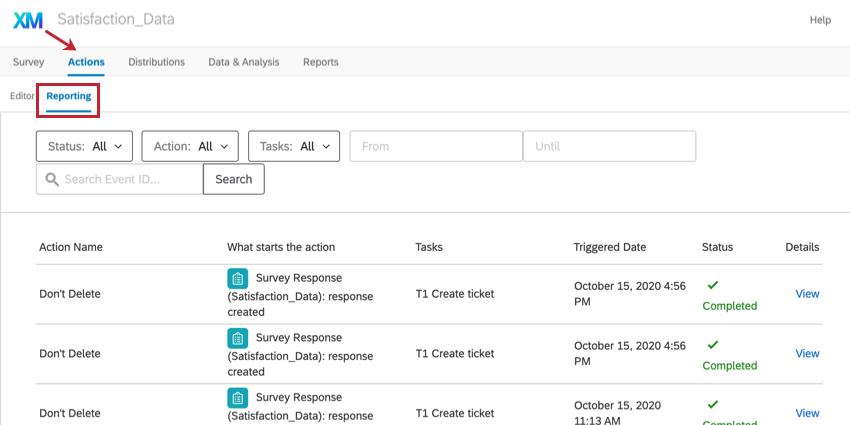 Warning: Actions Reporting is only retained for 30 days after an action has been triggered. Once this timeframe has passed, any reporting on that action is deleted.

The workflow name is the name of the action the task is connected to. It’s the same name that appears in the top bar of an action inside the Editor section. 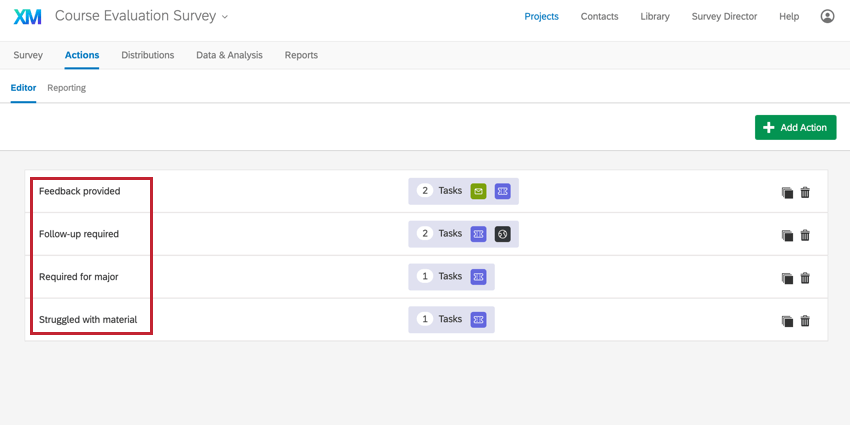 If you edit the action’s name, the Reporting section changes to reflect this.

Qtip: If you see statuses for an action named Deleted Action, chances are you deleted the attached action. Be careful when you do this – the records are still there, but the action itself is irretrievable. 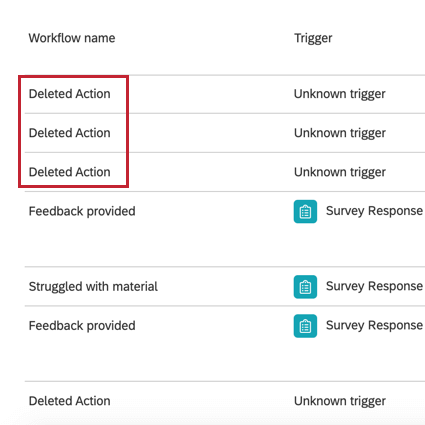 You can filter by the name of an action. You can choose all actions, or one at a time. 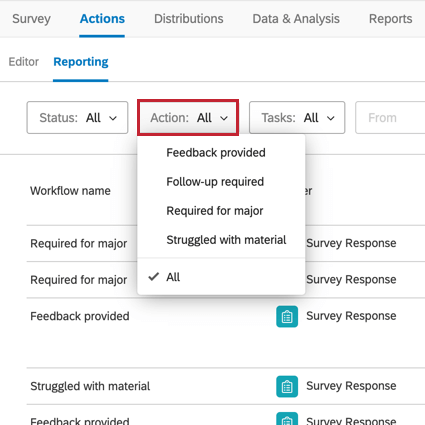 What Starts the Action

In the What starts the action column, you will see each event which triggered the action workflow. For example, if you wanted to see all actions triggered by Salesforce Workflow Rules, you can filter by that event type. To see all of the available event types, read the section about events on the Actions Basic Overview page. 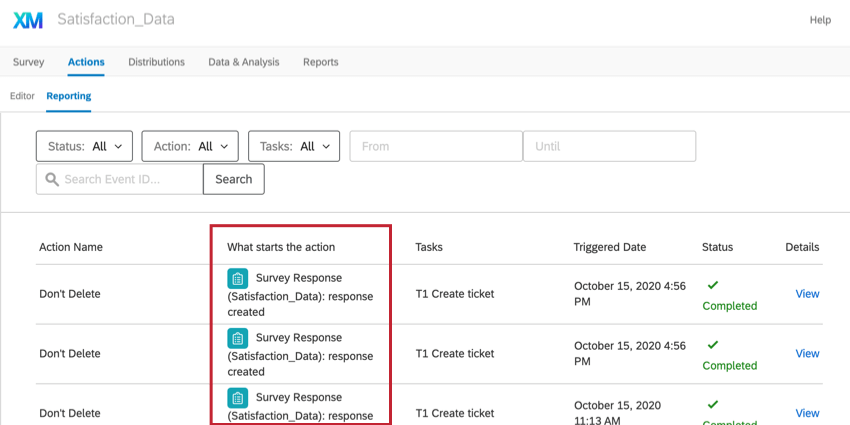 In the tasks column, you will see each task connected to the action. For example, if you want professors to be assigned a ticket and sent an email when a student reports struggling with a class, you will see the status of the ticket and the email separately, so you know which one to modify if there’s an issue. 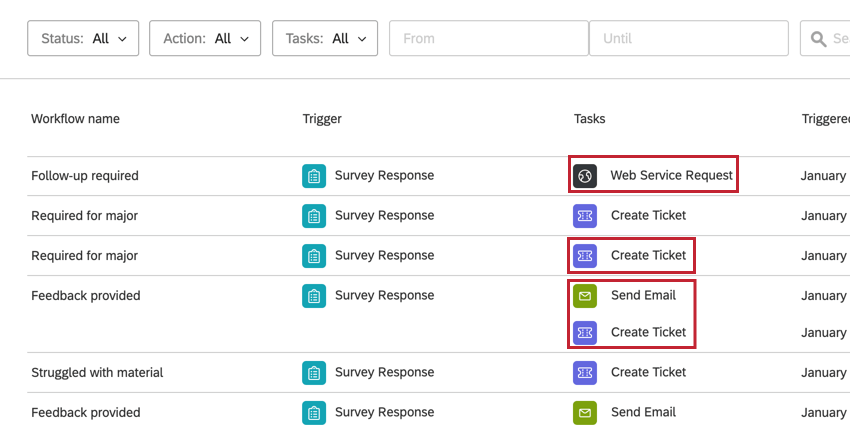 You can filter by the task performed in the action workflow. For example, if your email server crashes and follow-up emails couldn’t be delivered to your recipients, you can filter for Send Email tasks and retry any that failed. 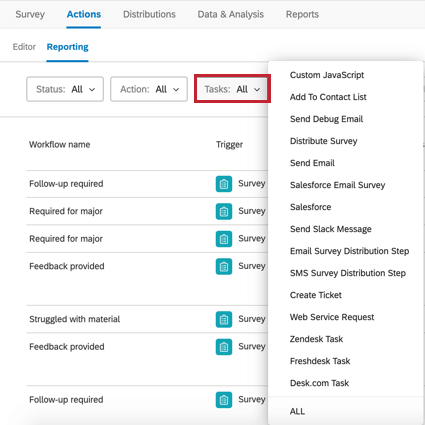 This column tells you the date and time a task was triggered. Note that this is affected by your account’s timezone settings.

Each task within an action gets a status. There are three: 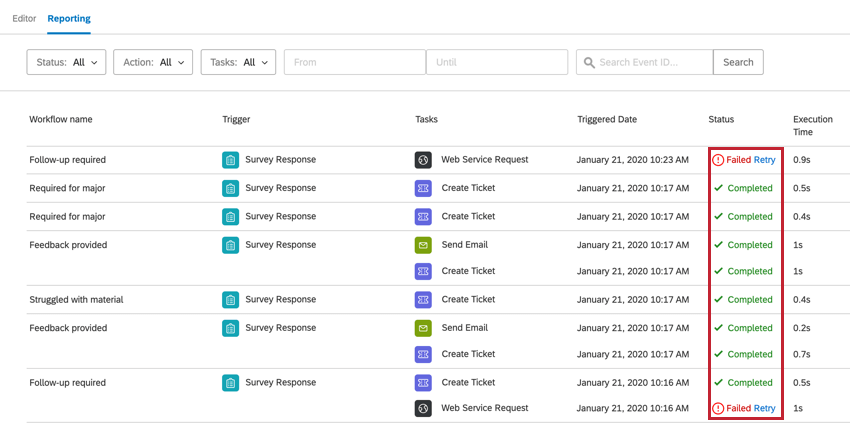 Qtip: This is particularly useful if you use the Salesforce Task. By checking the Qualtrics Status, you can tell whether you need to adjust something on Qualtrics’ end, or Salesforce.

You can view tasks of all three statuses at once, or you can look at one status at a time.

For example, filtering by Failed allows you to see if one task in particular keeps failing, so you can go back and edit it. 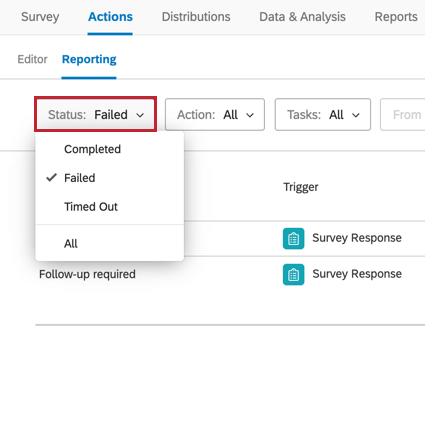 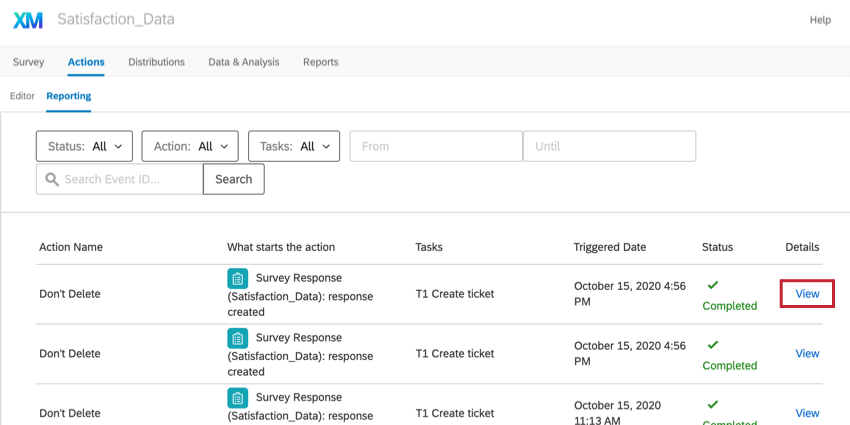 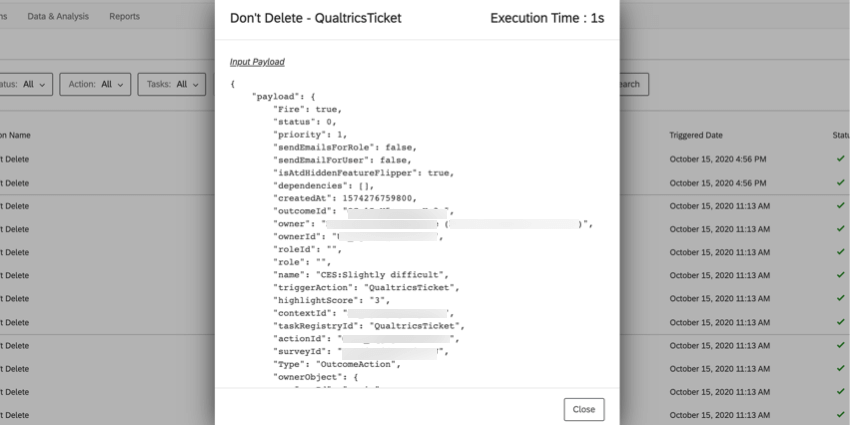 Qtip: Notice the execution time for Failed and Timed Out tasks is longer? That’s because when a task fails, the system tries again.